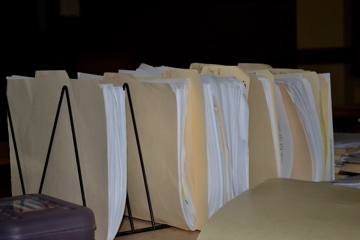 Picture an Operating System called Extinction. When this system is installed successfully, and enabled (or activated), the user becomes extinct. In the ever-increasing acceleration of the march of time, this is not so far-fetched. The speed with which the acculturation of technology spreads around the globe speaks to this. Slogans that are rooted in an overall system that to give a laptop to a child in the third world can change that human being’s life, presume much more than literacy and democratic opportunities. That child will become an operator of that computer or technological system on par with a child in North America or Central Europe or any other spot on earth where, like brushfire, technological advancements are occurring at their own pace, a rapidity behind which, like the ruts of a wagon’s wheels once left in the prairie grasses of Nevada, the past as biology is left far behind forever. My own written notes and scraps [a child’s]—stories, reports of family trips, poems—left in a three-ring binder and a scientific record book whose maroon plastic cover guarded the inscribed contents against chemical accidents and laboratory spills, will be, if they are not destroyed soon, readable by a human being in a thousand years, just as Catullus’ poems uncorked from a merchant’s wine bottle breathed new life into the world of love a millennium later. But, already, writing that I committed to a computer’s operating system even twenty-five years ago is not just obsolete: it is gone. It cannot be read. Either the machine on which it was recorded or the program by which it was saved, these devices in the service of keeping memory, that is to say, in the service of passing on human memory beyond the existence of that human’s biological existence, are already gone, or as good as gone, before I myself have died, within barely just half of my mortal lifetime thus far. Thus we live, or we are about to live, in an age where there is and the can be no difference between Gabriel’s horn being blown and the blowing of Gabriel’s horn, between one moment and the next moment, but during which we are all in and a part of the process of recording it, the motions and sounds of erstwhile human life, become now a giant God-less movie in a giant outdoor (and indoor, too!) theme park for nobody watching.