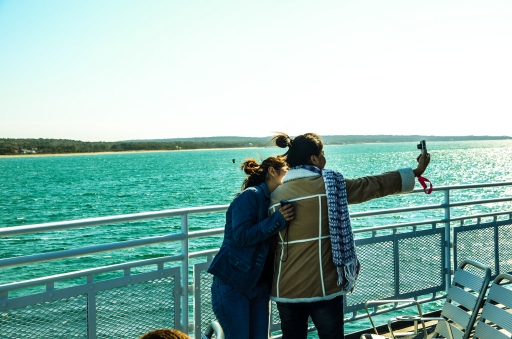 For most, long gone are the days when people met like characters in a Henry James novel (and bygone are the ones for most that people read them). In that almost paralyzed world of fiction, young women when traveling met eligible young men with letters of introduction. Everything was set so that everything was just right. And in this world, even on the United States’ side of Atlantic, it is to be believed that persons of one family, at one point in time, were known or were made known to other families of suitable presence and stature. Even as late as the 1980’s, which is beginning to seem like a true period of American history already, class separations were distinct, and even if one met a partner in a bar, it could most likely be assumed that that other person in that particular bar belonged to the same or similar family class background as one’s own—in loose but direct enough accordance to whichever or whatever stratum one seemingly belonged. This means that the sleaziness of ‘hook-ups’ in bars then was often not as unwarranted or as low-down and as truly base as they were afterwards made out (or negatively romanticized) to be, even if they remained promiscuous.

Still, even the most deeply held feelings—even love—that one may have had and experienced in today’s world of digital-dating (the closest contemporary analog to the old world’s ‘bar scene’) simply vanish the way one awaits a car’s electric window to go up or to go down while pushing forward or pulling backwards a small plastic lever, or pressing a button, with one’s index finger: there is a little lag while the window is going back up or going back down (whichever of the two becomes the new default position—as either “0” (aught) or “1” (strike). But neither is anything like the old-fashioned, roundabout hand-cranking handles that one actually turned with one’s hand and felt all the way up through one’s elbow and into one’s arm. There, there was a feeling one felt remembered each time a window was rolled up or down. For even this minor gesture, there was a little thought put into it, and one’s movements, however seemingly mechanical, were deliberate. Now they are not. They are perhaps idle or perfunctory, as if one were oneself really just a part of the car’s overall machinery, getting and spending time, people, or whatever . . . rather than the yearning and sometimes fearful human being who wanted to feel the wind blowing through her hair, or the other one wishing to feel her hand reaching behind his head and tussling his just above the nape, just as, one imagined, any two lovers speeding down the highway would want to do.