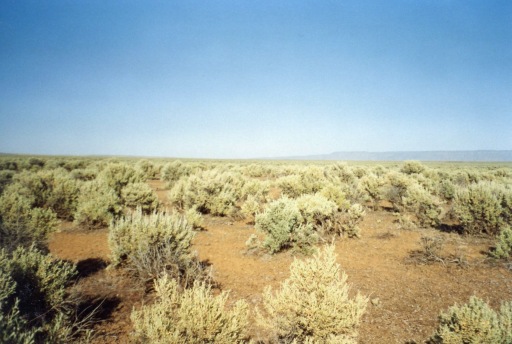 At night, silent military jets dropped slow blue flares from the sky. These lights would fall gently in slow downward curves, eight or nine flares falling from the sky at once. Soon afterwards, more jets would pass silently through the airspace and more falling blue flares would glow in the night sky like the first ones. This maneuver might occur a third time and then the sky was black again as if nothing had happened. All was silent that night and any other night. Sometimes, too, in an enormous “V,” blue lights would hover overhead, too huge and moving too slowly to be any known, or even any imaginable, human aircraft, for sure a top secret military program no one outside of the military would ever know about.

By daytime, the campers camping in the aluminum shell of an abandoned trailer would sift through sifters looking for sunstones that would be caught in between the grates of the wire mesh. The boy and his father took turns sifting in the heat all day long. Later in the afternoon, the handful of stones they had caught sifting would be handed over to one of three men who lived six months out of twelve in trailers that had not yet been abandoned there. After the sunstones the boy and his father had collected had been weighed on a scale and examined under a jeweler’s loop, and then rated and priced, the father paid for the stones they had sifted out of the dirt and wanted to keep; those the boy and his father did not, the men swept into one of the four bins, according to their weight and quality. The best of these stones flashed brilliant copper from the inside. The three bearded men whose mine this was allowed the boy, as was their custom, to allow the youngest member of any team, to pick for free any one sunstone from one of the four gray plastic bins filled with them laid out on folding tables among the pale sagebrush and barren dirt. The boy’s pick was the very best sunstone in the bin. It had the most shiller, the bearded man told him. It was worth more than the total sum of all the stones they had bought together.

In the evening, after making supper and cleaning the dishes with as little water as possible, the boy and his father played chess outside. The boy always won, trying game after game to make his father a better chess player, however mediocre the father’s mind was in this. They played until it was nearly dark, just before the jets returned. For the son and his father, it would well be said, many years later, that these indeed were the best times in the best of times.