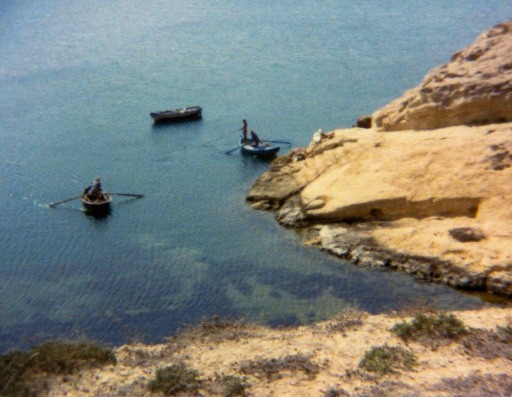 The man I knew was the man who tied himself to a tree. The other man I knew was the man who tied himself against a post. The first man had cried to all the heavens for his many crimes. They were crimes against the State, crimes against the people of the State, and crimes against the gods of the State. For these he put himself to death. As for the other man, he cried a cry against concupiscence, beauty, and the love of women alike. He wailed night and day; so bad was this, he had plugged up his own ears with wax lest he go entirely mad with his painful ecstasy. Later still, the very people the first man was claimed to have committed his crimes against, they had raised a statue of him lasting close to three thousand years, during which time they themselves committed all the same crimes for which he had punished himself, for no apparent reason among them all for having committed them. Why they committed them, no one could easily say. Some said it was for greed. Some said it was for pleasure. Some said it was for bodily desires. The second man became a legend of fortitude, cunning, perseverance, and strength. Indeed, when he returned to his tiny home near the shore, he was spat upon by his own true wife due to his dog-faced disguise. As for the first, his merciless end seems only to have obviated everlasting punishment, an infliction upon the venal soul of Mankind, so much of whose strange solace seems to be casting all hope into a steaming bucket of tar.