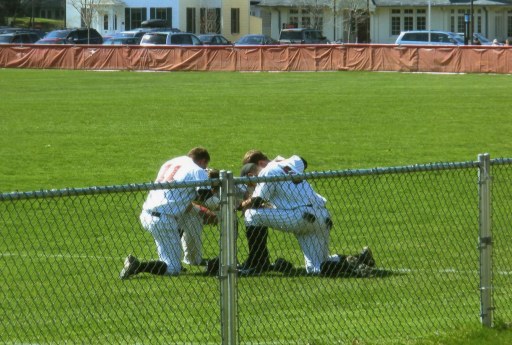 A little blue man with a rounded blue belly once told me all his woes. He told me that he never rose higher than fetching coins tossed toward a scattered highway basket, where, skirting traffic, he was mocked by other toll-takers safely protected in their metal and glass booths. He claimed to be a hero picking skilletfuls of quarters, nickels, and dimes from the speeding pavement. He told me how a fever killed his sense of smell and wartime cost his hair. Proud though he was to practice fencing with a gentleman whose occupation as a famed ophthalmologist made him feel quick and tall, he was never a guest in that same man’s college drinking club, just a block from Grand Central. He filled me in on the deaths of guppies in his fish tank, boiled alive by accident by a faulty water heater, as a child. And he promptly told me of broken women whom he aptly diagnosed, turning the pages of psychiatric classifications, from a borrowed DSM-5. I felt bad and let him touch me a little bit, and worse to let him go.