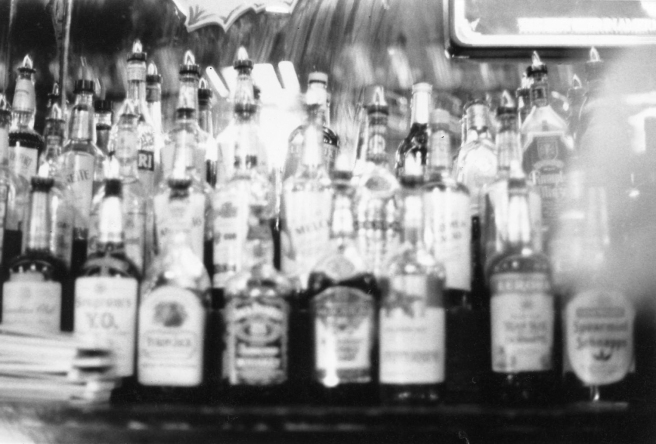 The cart I had had as a boy was more than enough. And the string of Rolls-Royces I had had as a man was more than enough. If, when I was a boy, there had been Rolls-Royces, the same would also have been true. And if, as a man, all I had known were carts, the same also would be true. Perhaps I needed to have known having had Rolls-Royces to start with and then, over the course of my life, to have lost them all. This is common enough and would be a common enough story of the loss of material wealth, which this is not the story of, if it is a story at all, at all. This is only to say by pointing out how obvious it is that whatever we have or whatever we don’t have is plenty enough already. And it does not matter if that star in one’s pocket is shiny when it is taken out and held before the sun or not. It is just a star in one’s pocket, so leave it at that. But I am really not talking about that at all even. For how odd that I have said all of these things as though my having “had had” were as normal as anything else in this world, as if there were actual road posts which I could hammer into the roadway; or like cards in a deck of cards, placed an individual card with my fingers in the upper or lower half of that deck somewhere in it. But after all, these are just games that people play with language when there is not of course any such ‘roadway’ or ‘deck of cards.’ This is just a great and grand game with reality, nothing more. For really I cannot declare if such events as I have just told them to be are at all. Thus, what is ‘anterior’ or what is ‘posterior’ is just ridiculous to me. What is ‘pocket,’ where is ‘star,’ when is ‘shiny’? When I put things like this, it is only then that I am able to stand back and now realize how foolish I have been.