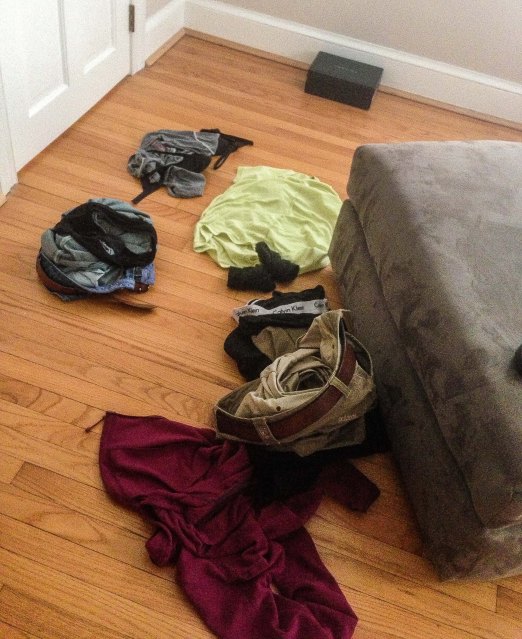 She mourned the recent death of her fiancé by going out on dates. That is how she grieved. For there was no use hanging around and moping. There was no use feeling sorry for him or for herself. She deserved a life of joy and joyfulness. After all, wasn’t that what the tattoo on her backside read in Latin, just above her buttocks in permanent  blue: “Inveniens Gaudium”? And the truth was, he hadn’t been the showboat anyway of her life. Judgmental and cruel at times, he could walk the rice paper path like a monk and never leave a trace. But, the truth was really in his essence: boy-like, full of wonder, like an Elephant’s Child’s mind full of “insatiable curiosity.” If one were to pass out gold stars for good human behavior with strangers, many a new star-lit constellations would fill the painted skies.

Almost everybody who met him had left him blinking their eyes in open human wonder and delight. In supermarkets, barber shops, railway stations. That was how he was, touched with a lightness of being and gaiety that was like the cheerful song of birds. These ways of his would not stop her for a moment, however. She’d dine, and undress, and pull through a continuous orgasm of amazing sex without him. No use sitting on the shelf like unused bed sheets and turning gray and brittle there for nothing like that innocent lost girl folding linen warns against in that poem by Brecht, who instead was destined to live her own life to the fullest, and be a woman completely manifest. No sense in hanging onto the past. It was just as Jesus had said, “Let the dead bury the dead.”

And besides, where had he been for her? What had he done for her lately?  Fuck  Eddie Murphy! He’d done nothing. He hadn’t been there. When she was down and in need, where was he for her then? True, he had once repaired and painted white her crumbling garage; he had once patched her roof; he had once changed the basement pump; he had for a spell from time to time minded her children when she had slipped into the coma of her depressions. True, he had battled off her irrational and abusive ex (chronic guilty reminder of her past life mired in poor choices, sickness, mistakes & misdirection). True, he had protected her from her mother’s mania (who’d beaten her to tears as no child a mother ever should). True, he had amused her boys endlessly every night at supper (when at the table she had been a maternal ghost). So what!

She would find a man who loved her the way she deserved. Where had this dead fiancé whose diamond ring (which she had bought with her own hard-earned money) that she wore for nothing for the four years they were engaged for nothing who would never have married her anyway been? She was an ageless goddess. She, without him, was an amazing, powerful woman who had now become fully herself. She was an amazing, phenomenal woman. She’d enjoy her life for what it was—“Life as itself now,” and sleep with and date and fuck and love again whosoever she pleased. Whether he’d been dead two months, two years, or a day, what difference did it make?